This year’s festival promises to be the most eclectic and inclusive ever. Composers and musicians will be coming from New York City, Los Angeles and Portland, and the range of styles and approaches will arc from Africa to blues to otherworldly fantasy:

Kostabi had a meteoric rise New York City art scene in the 1980s as a daring descendent of Andy Warhol.  He is represented in San Diego by the Martin Lawrence galleries, La Jolla, who will be featuring his work the week of the NWEAMO Festival. http://martinlawrence.com/

The week before, on April 2, SWARMIUS, the host ensemble of NWEAMO,  will be performing a preview concert in La Jolla at the Martin Lawrence Galleries as part of their major yearly event, which will feature works by Picasso, Dali, a $1 million Chagall, and Kostabi.

Grey’s projects have been performed at Spectrum NYC, National Gallery of Canada, Whitney Museum of American Art (with Antenna International), Goethe-Institut Montréal, The Stone, Chicago’s Experimental Sound Studio, and many others.

Antebi’s work has been shown in many unusual places including Hive House Los Angeles, High Desert Test Sites, The Manhattan Bridge Anchorage, Teeny Cine’s converted trailer, Portable Forest, a Texas Grain Silo and in the cabin of a capsized ship at Machine Project in Los Angeles. 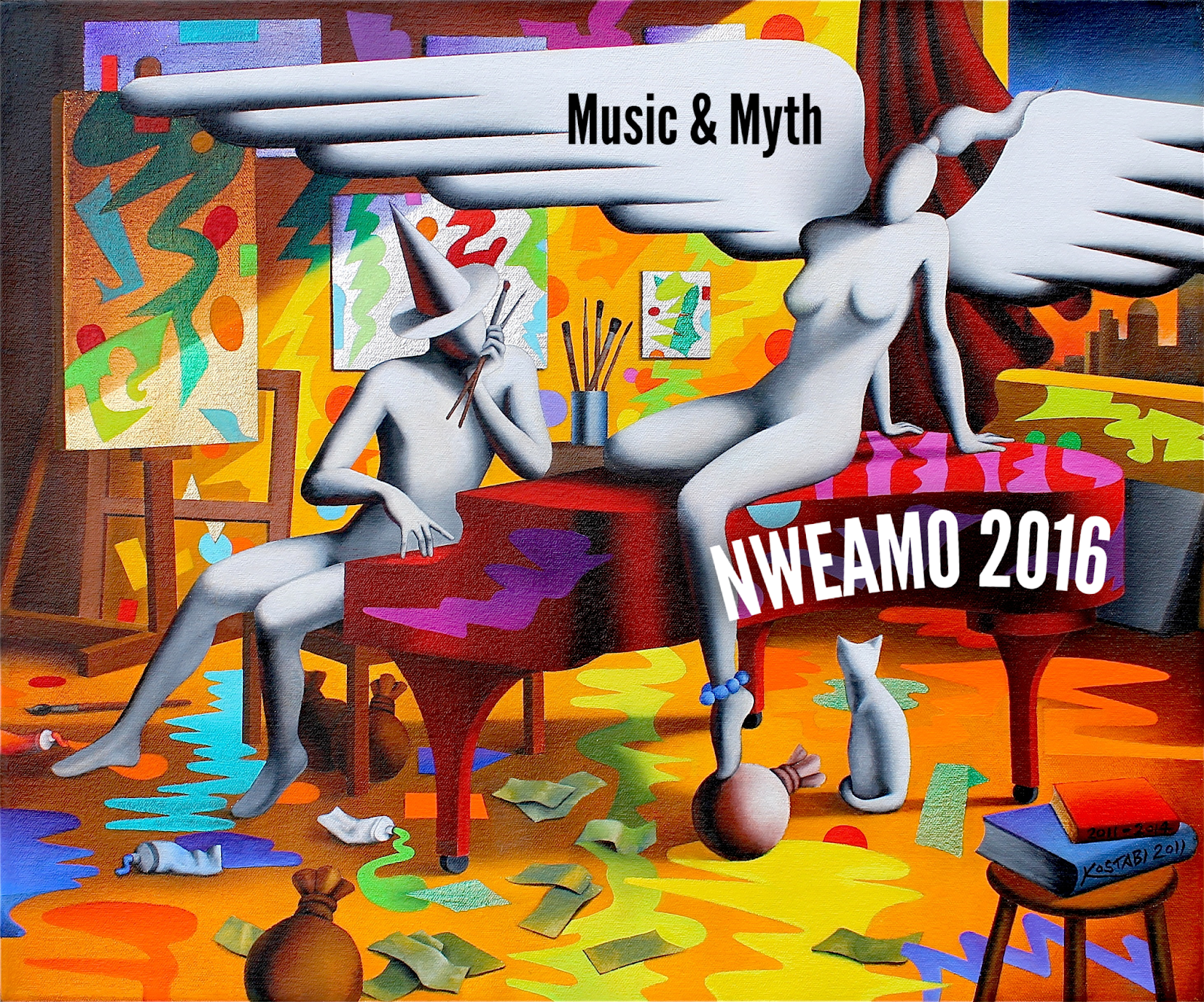